The History of Kids Playhouses 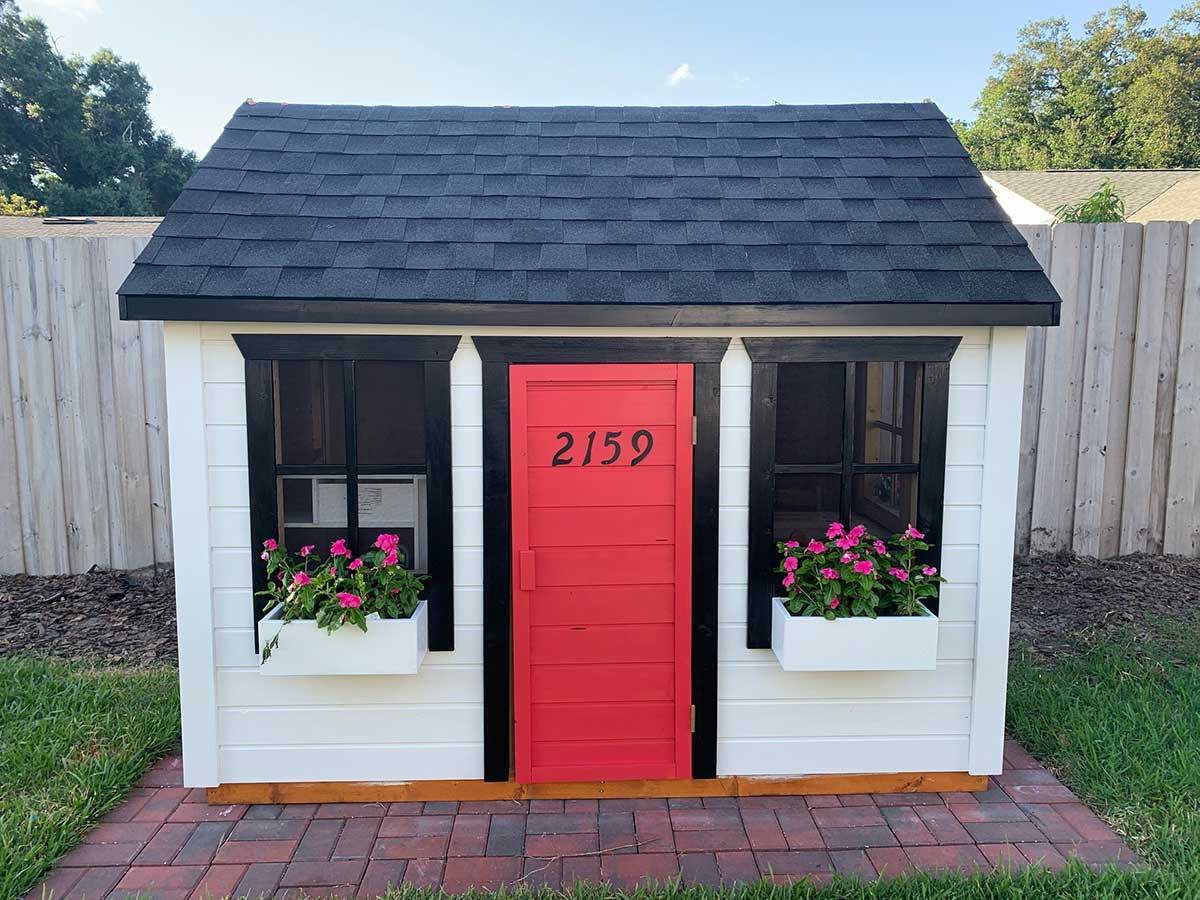 Whether you are among the lucky ones who had a wooden playhouse in the backyard growing up, or you just got one for your own kids, you definitely know how many lifetime memories and bonding adventures the whole family can have in them.

Those memories become an integral part of your family history and stay with you forever. That is why outdoor playhouses have such a significant place in our hearts.

But did you know that the general concept of a playhouse has a rich and pretty fascinating history, which in many ways impacted our culture and the overall history of mankind?

Let’s take a peek behind the door of your kids playhouse and see what secrets and fascinating stories it has to tell us. 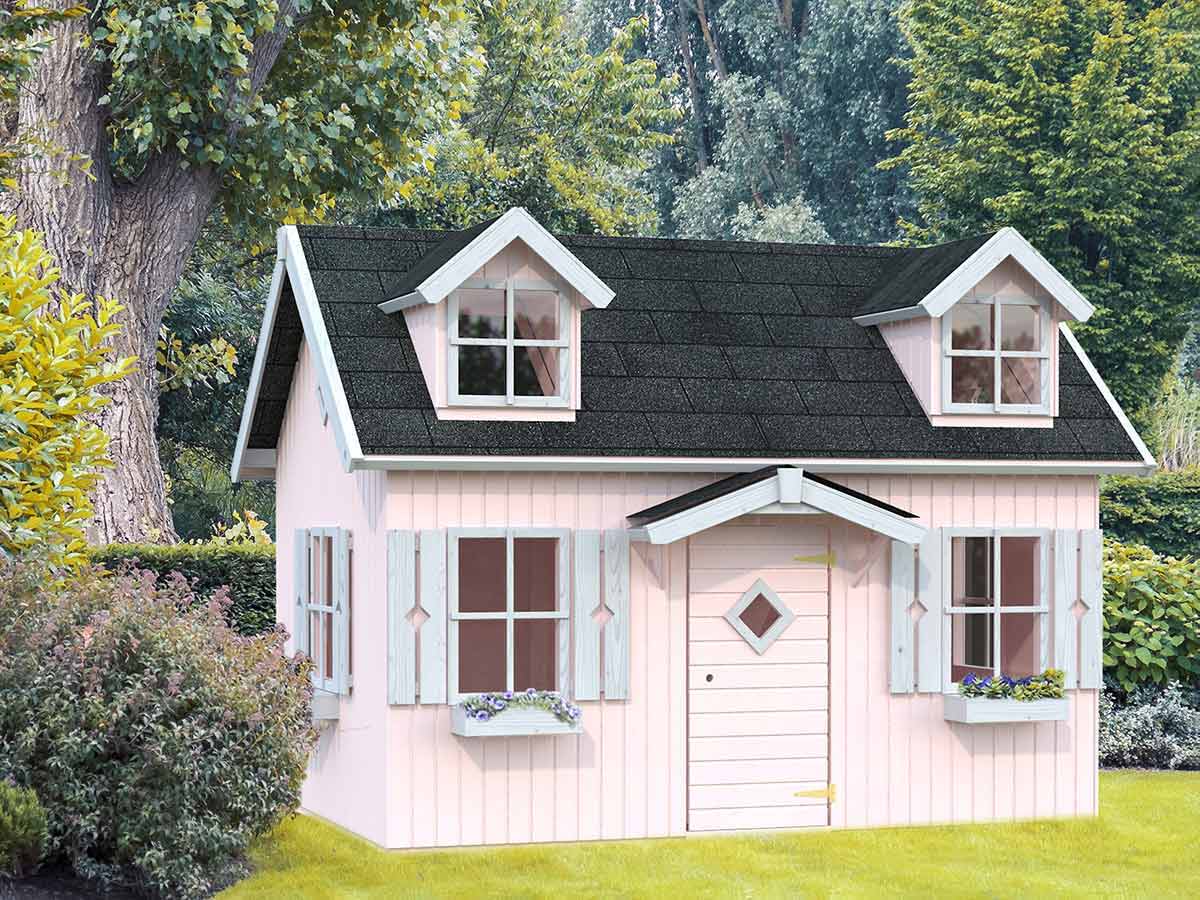 Wendy’s House in Your Backyard

The traditional wooden playhouse that we all know and love has the second, more personal name – Wendy’s house.

Its roots back in everybody’s favorite and maybe one of the most romantic stories in literature and drama - the Boy Who Wouldn’t Grow Up or Peter Pan, as most of us know it.

This whimsical work of Scottish Novelist J.M. Barrie first came out as a play in 1904 and then as a novel in 19011. Since then, it has inspired the movie and theatre directors, artists, and simply romantic natures.

By the plot, Peter Pan’s dear friend Wendy was shot in the whimsical Neverland, and Peter Pan and his friends.

Lost Boys built a small wooden house around her on the very place where she fell.

The play, as well as the novel, was a huge success and remained one of the most beloved works in the XX century literature. That is why you may often notice that an outdoor wooden playhouse is referred to as “Wendy’s House”.

However, Peter Pan didn’t really invent the concept of a small kids playhouse, where kids can create their whimsical make-believe world. J.M. Barrie himself wrote that the idea of the small house was inspired by the toy that he had in his parents home backyard growing up. Moreover, he has recreated it in the production design for the “Peter Pan” theatre staging.

In other words, although most of us believe that the concept and tradition of a kids playhouse roots in the beloved childhood book, it has definitely existed before.

For example, once you are among those fascinated with the Victorian culture, traditions, and, especially, photography, you have definitely seen those pictures of kids next to their outdoor playhouses that date back to the 1860-s; long before “Peter Pan” saw the light of the day. 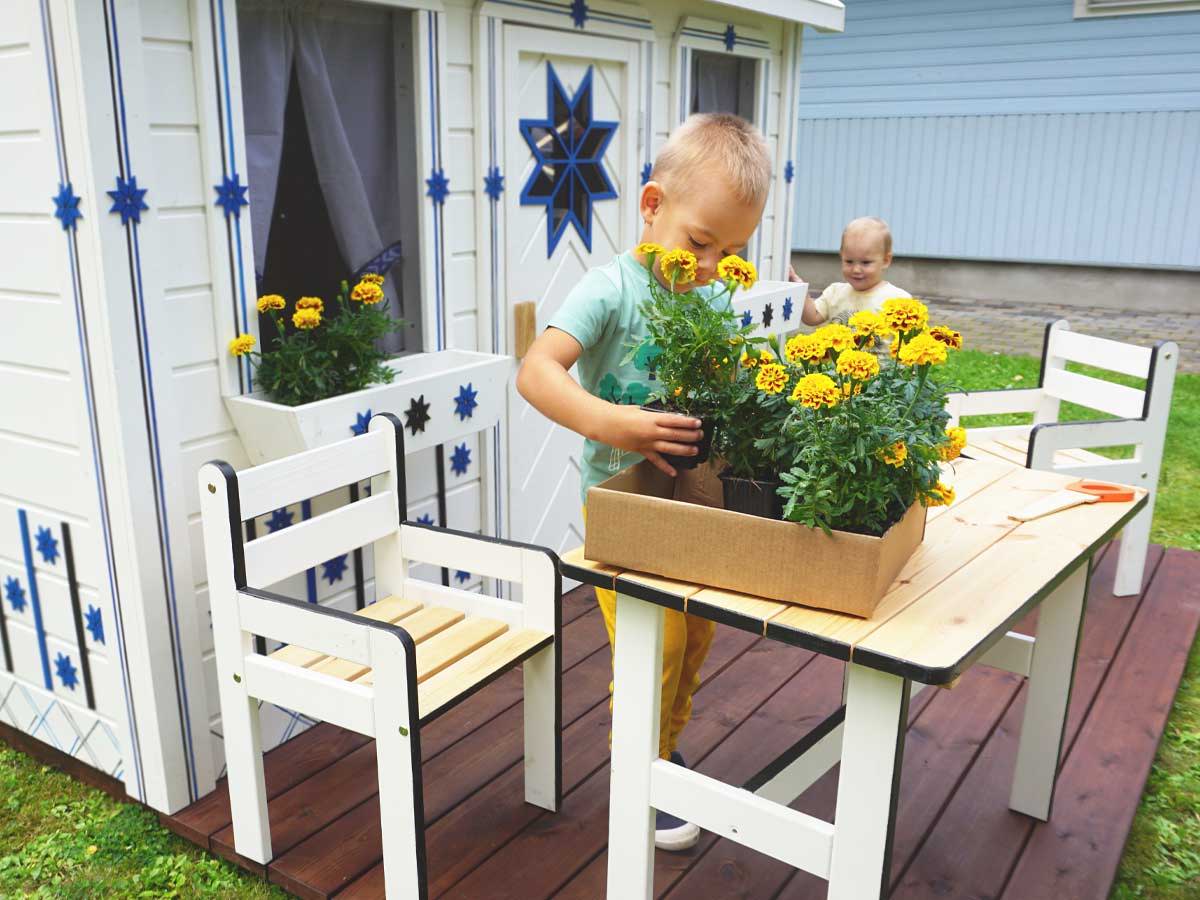 When did Kids Playhouses Really Appear?

Indeed, it is pretty hard to answer this question. However, we can analyze whatever we know about this toy’s concept and idea and some historical facts to speculate on the real origin and history behind those cute backyard constructions.

"The only thing new in the world is the history you don't know." 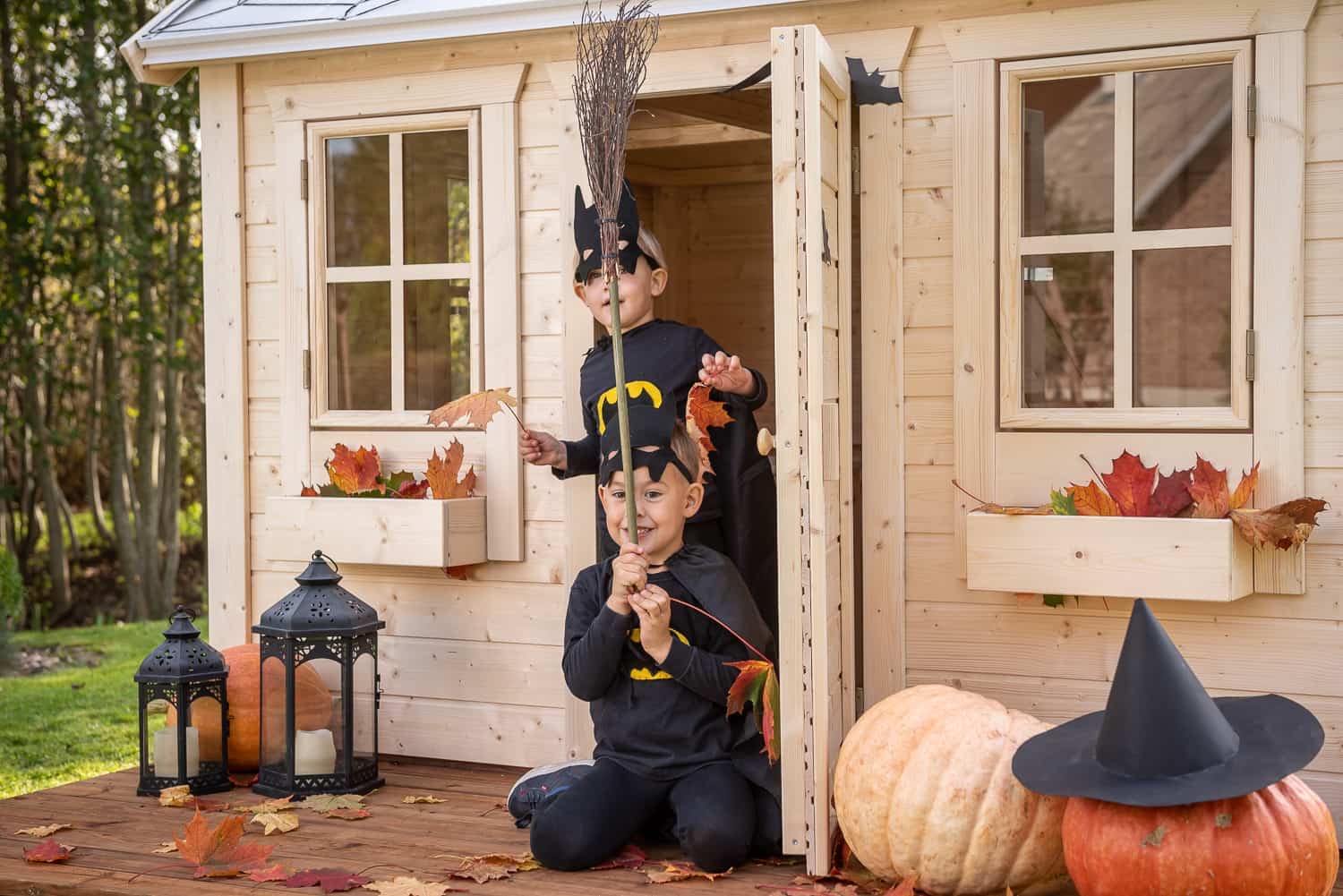 Any Child Psychologist or Educationalist would tell you that make-believe play is essential for a kid’s healthy and harmonic development. It allows children to comprehend and process grown-ups behavior and social interrogations that they observe in everyday life.

And once a kid has an outdoor playhouse or any other construction that can serve as a “bubble” where he or she can build this alternative experimental environment, the process goes even smoother and more efficient.

It is something that works on the level of instincts. That is why even if you don’t have the actual outdoor playhouse, your kids might have already been trying to build a pillow fort or a tent out of bedsheets in the living room.

In other words, a kids playhouse is a pretty important toy that can greatly contribute to your kids personal development, self-esteem, and social skills.

In fact, some parents happened to understand it even before any Child Psychologists even existed. That is how some of the worldwide famous kids playhouses and even kids play towns appeared. 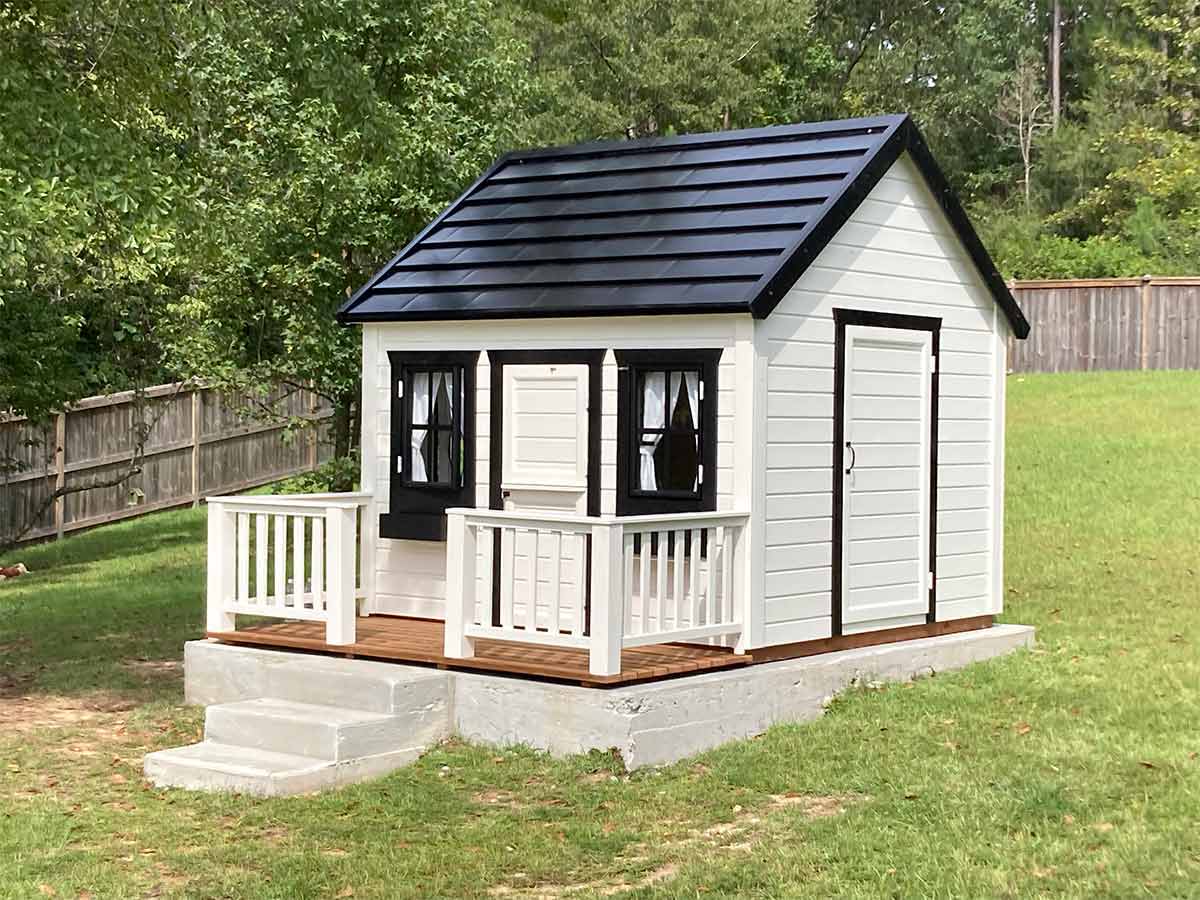 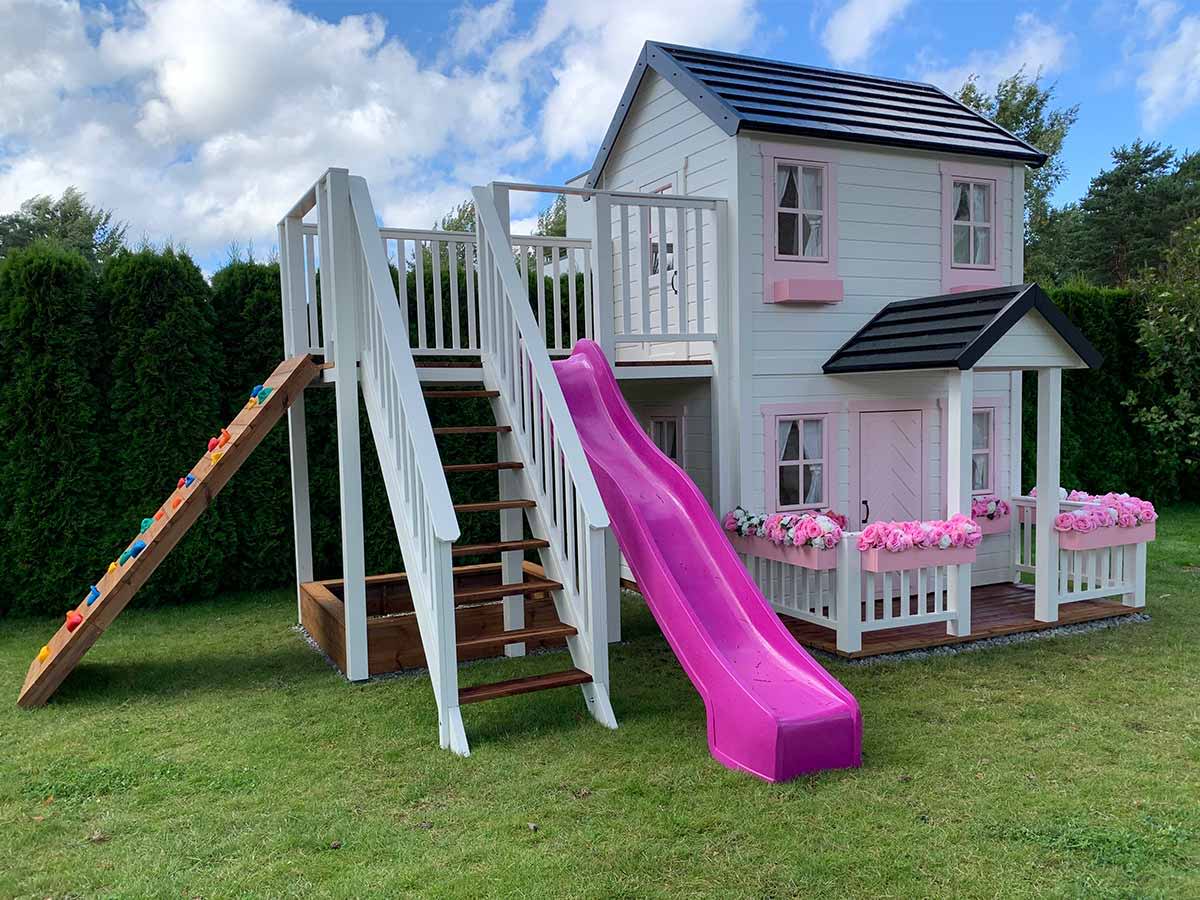 Playhouses in the History of Mankind

The most famous example of a royal playhouse that has eventually played a great role in the history of the whole empire was the so-called “Amusement Palace,” built in Moscow in 1652. It was created for fun and amusement of then-tzar of Russia Alexey Mikhailovich.

Yes, the scale of this technically real-size palace is incomparable to the wooden playhouse that you have in your backyard, but we are talking about royalties here, after all.

The kids grew up, and the amusement palace was turned into a theatre eventually, especially after the Russian royal family has moved from Moscow to the new capital St. Petersburg, but the concept of creating a make-believe royal court to train future royalties lived on.

In fact, the first Russian emperor, Peter the Great, who had this royal kids playhouse on his Kremlin backyard growing up, went even further and had a whole Toy Army.

This make-believe army contains Peter’s childhood playmates, sons of Russian royalties, and attendants of the royal court. In the beginning, a bunch of boys was just playing war as you and your siblings might have done it growing up. However, while the boys grew, their games became much more complicated and realistic. The Toy Army has eventually adopted pretty real army discipline and authentic live ammunition. The older boys were training younger ones just like in a real army. They had training routines, ceremonies, parades, ranks, and awards that technically were no different from the official army attributes of the day. 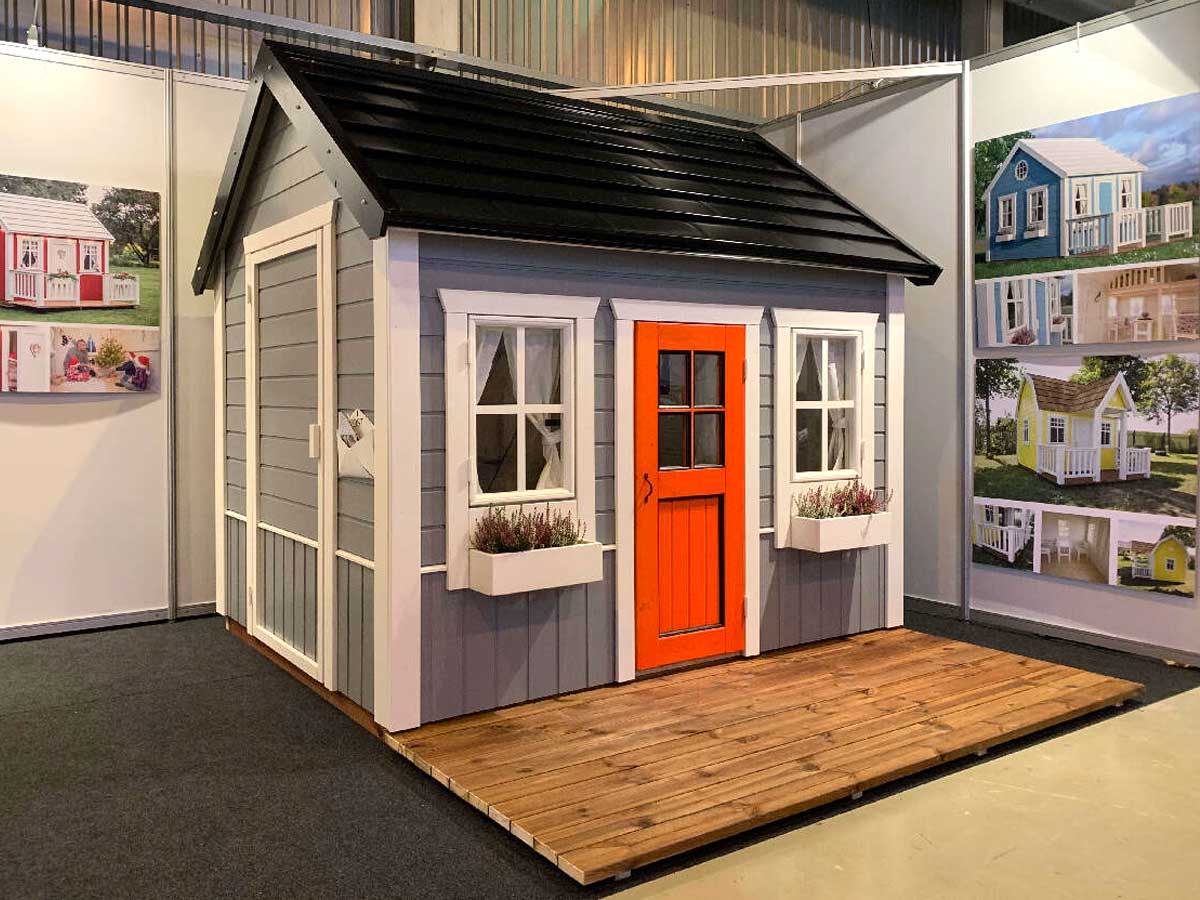 Moreover, the Toy Army has eventually become a real one and demonstrated its devotion to the command in chief, Prince Peter, and their operational effectiveness when Peter’s sister, Princess Sofia, and nobilities devoted to her, tried to take over Russian Throne.

Later on, Peter’s great-grandson, Pavel I, has also established his own Toy Army, dreaming of a palace coup that would end up the reign of his mother, Ekaterina the Great, and put him on the throne. It was located in another royal playhouse – a small-scale castle next to St. Petersburg. However, the plot didn’t work out. Ekaterina has eventually died of natural causes.

Nevertheless, Pavel, her heir, has preserved his Toy Army for as long as he lived and used those soldiers as guinea pigs to test military reforms on them. By the way, later on, when the Toy Army was dismissed and joined the regular troops, those soldiers appeared the most trained ones in their new regiments.

The story of Russian “royal playhouses” might be the most famous. However, it is not the only example of how novelties realized the importance of training their heirs for their further governance and state service.

The most ancient records date back to Aztec civilization, where sons of chiefs created whole make-believe settlements and, of course, armies, where they trained to make decisions as real chiefs and even adjudicate, learning their customs, traditions, and laws on practice.

The tradition lived on and existed among Native Americans. In fact, the concept of a kids playhouse as a training polygon for adult life mostly thrived in North America and was equally applicable for boys and girls. 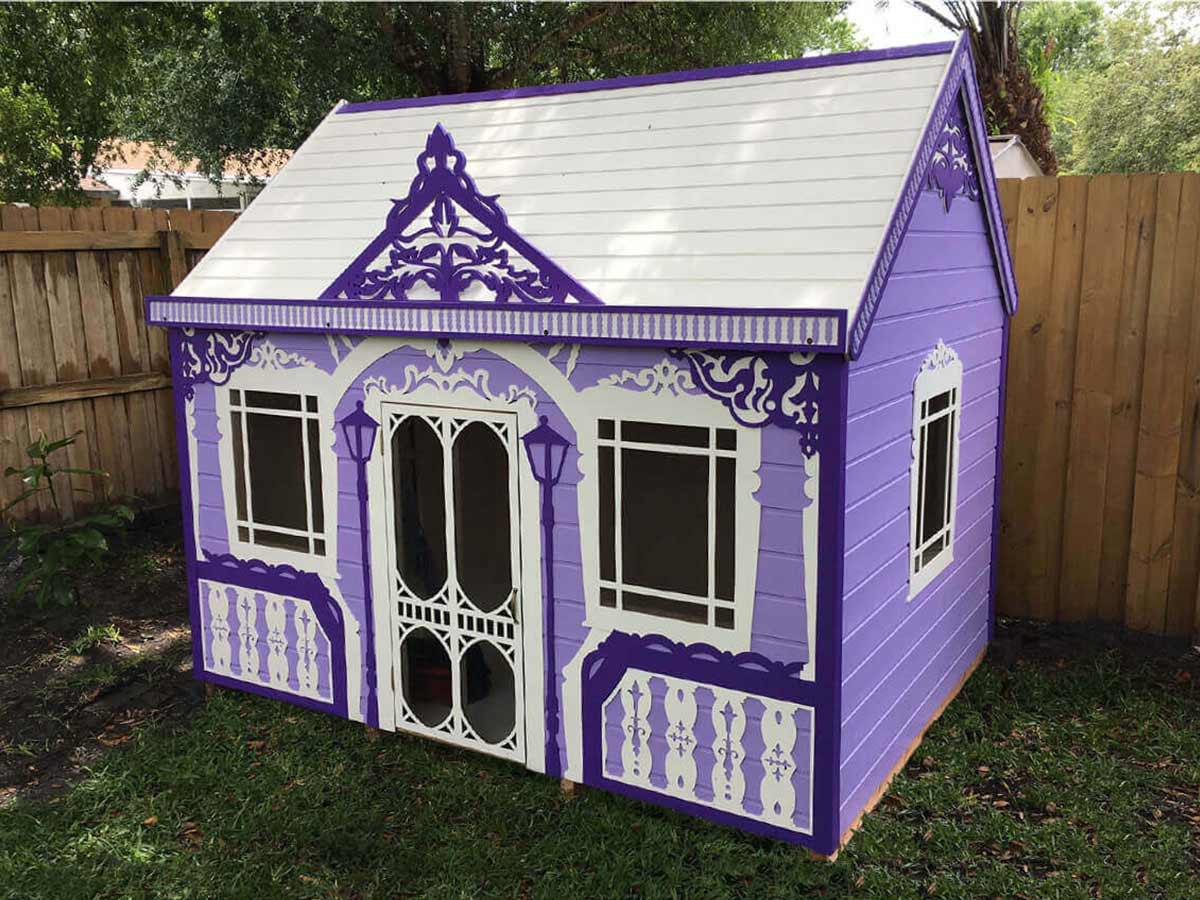 During Victorian Era, when such concepts as reputation, social skills, and knowledge of etiquette appeared particularly important, former immigrants, who have arrived in the New world without a penny and managed to build their fortunes, rocking their new rich lives, built wooden playhouses for their kids, where they held balls, tea parties, and barbeques just like heroes of Margaret Mitchell’s “Gone with the Wind.”

By the way, the term “Wendy’s House”, that we have mentioned before didn’t really catch on in relation to kids playhouses. For a long time, it was mostly used to describe a small house for servants, gardeners, and various laborers, built at the Master House’s backyard. 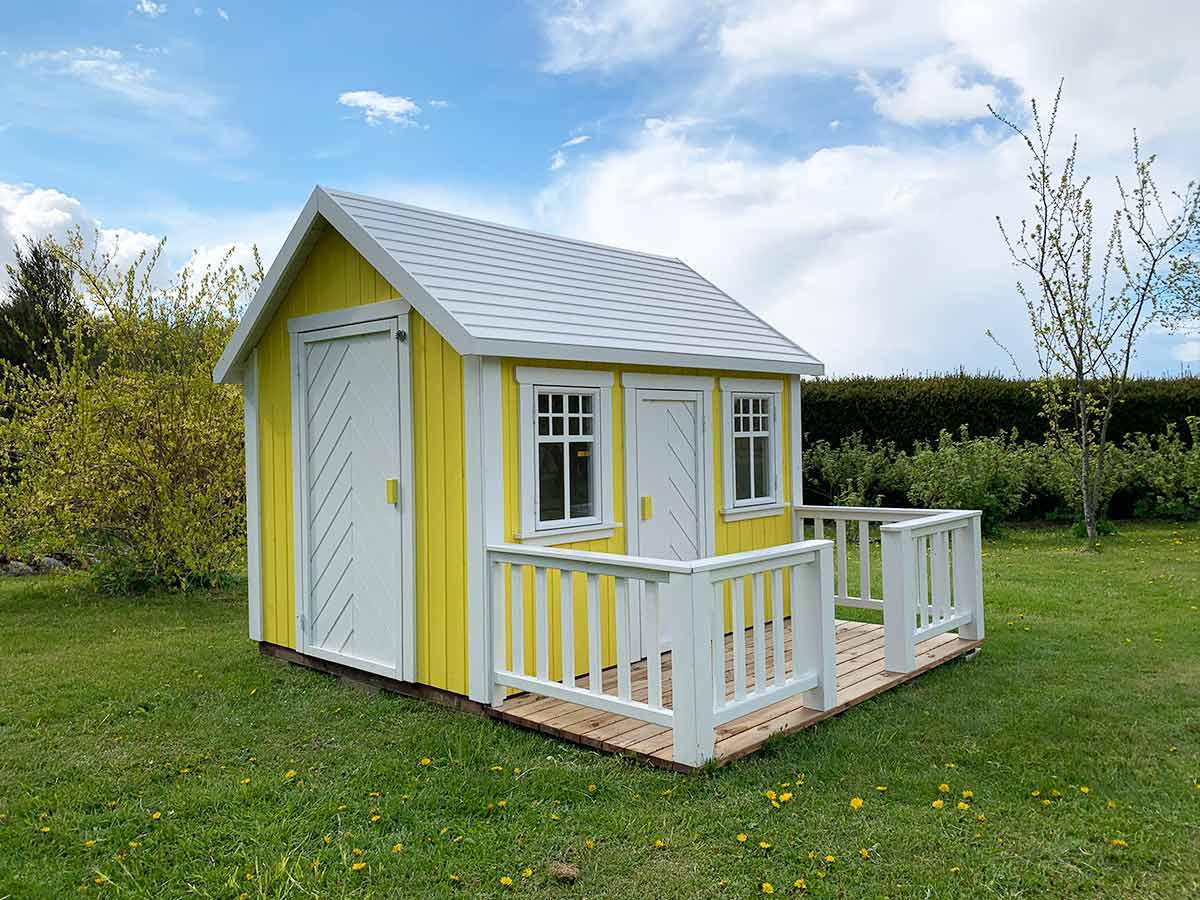 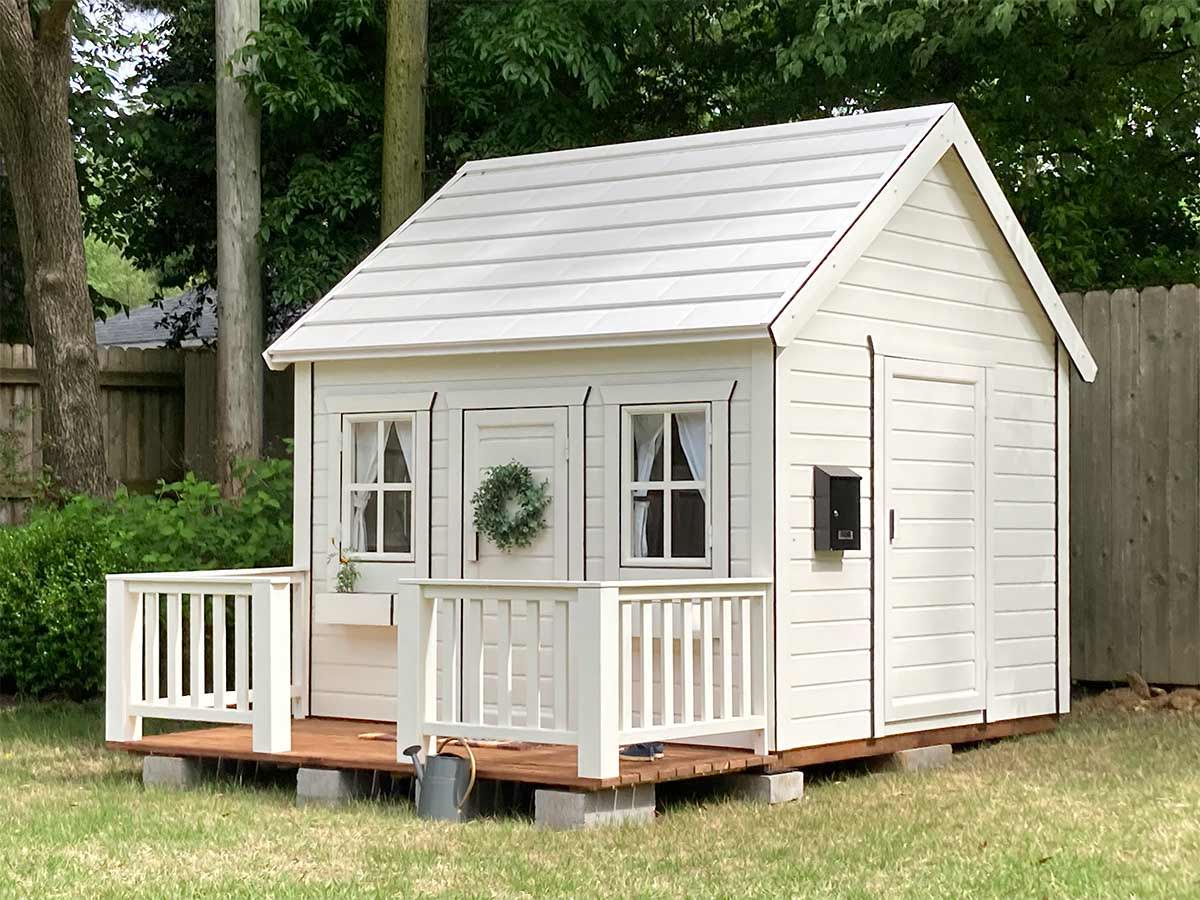 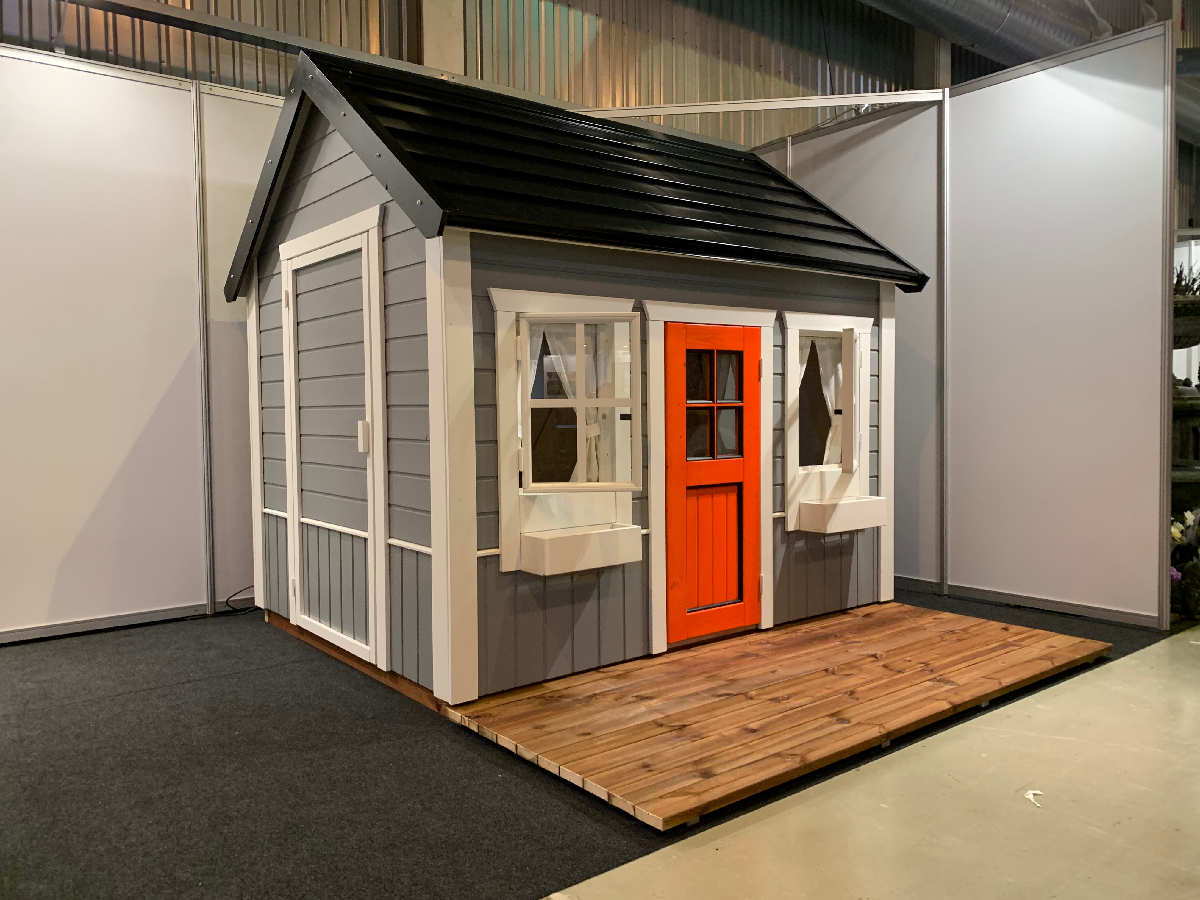 As you see, a kids playhouse is not just a toy. It is a whole concept that appeared long before psychologists and educationalists came up with fancy terms and explanations of its importance and nature.

However, it was not a house for playing technically, but more of a simulator meant to prepare children for their grown-up duties.

Today you will hardly see a kids playhouse as a place where you will teach your children to behave at a high-society cocktail party or be a zealous homeowner. However, the concept did not go that far from the original idea.

Children play family, turn their outdoor playhouses into art galleries, make-believe shops, and hospitals. It helps them embody their dreams, express creativity, and discover their potential, which eventually becomes a solid foundation for their future world vision, self-esteem, and social skills.

Even if you are not breeding your kid to be a ruler of the nation, as the royalties did, that cute make-believe hospital for stuffed toys, a home theatre, or an observatory, located in the kids playhouse, may become a starting point for a successful career and happy life. 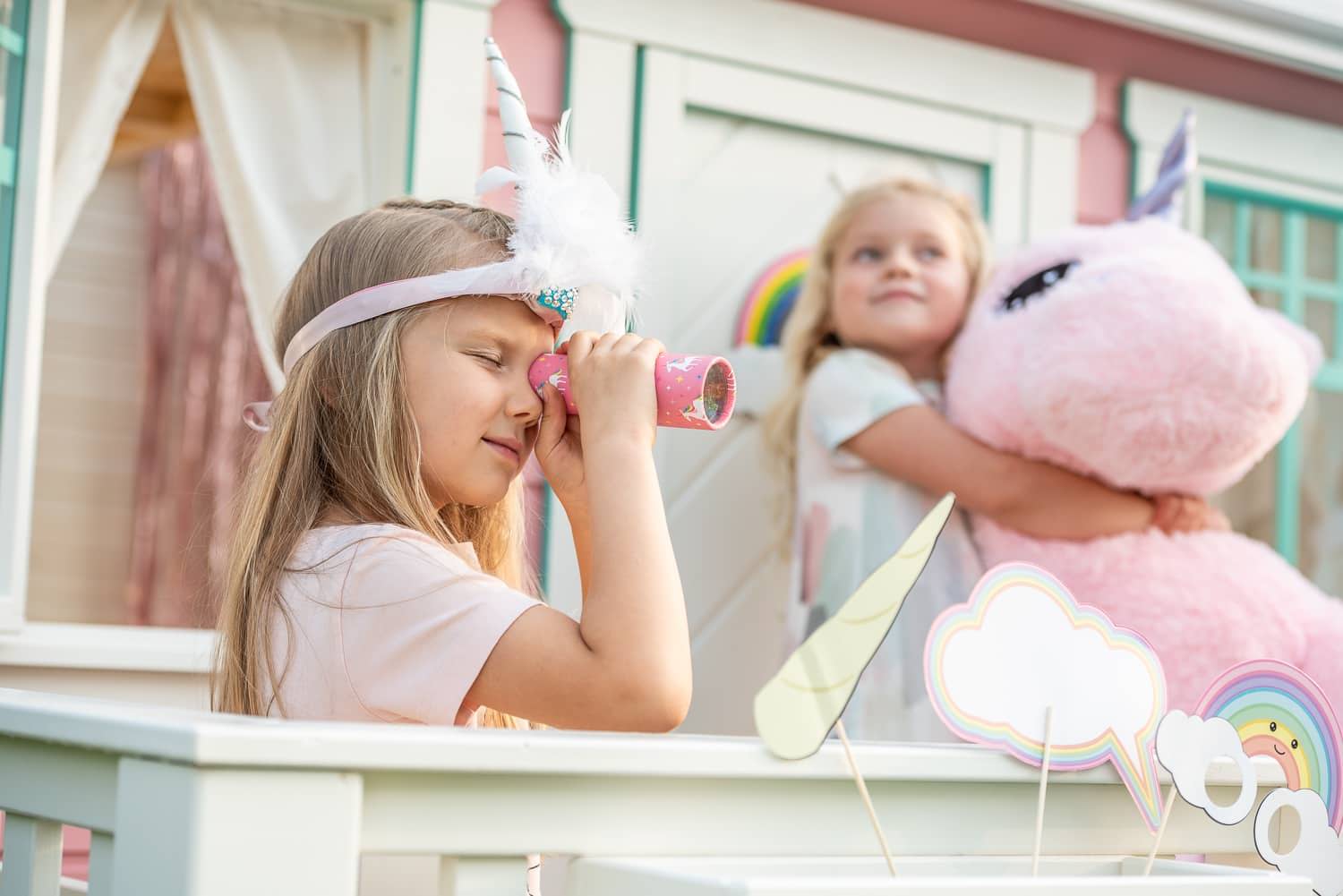 "History is not a burden on the memory but an illumination of the soul."

Want to read more about Playhouses?

Is My Backyard Suitable for a Playhouse?

What Age Are Kids Playhouses Good for?

DIY Playhouse - What to Consider When Buying a DIY Wooden Playhouse 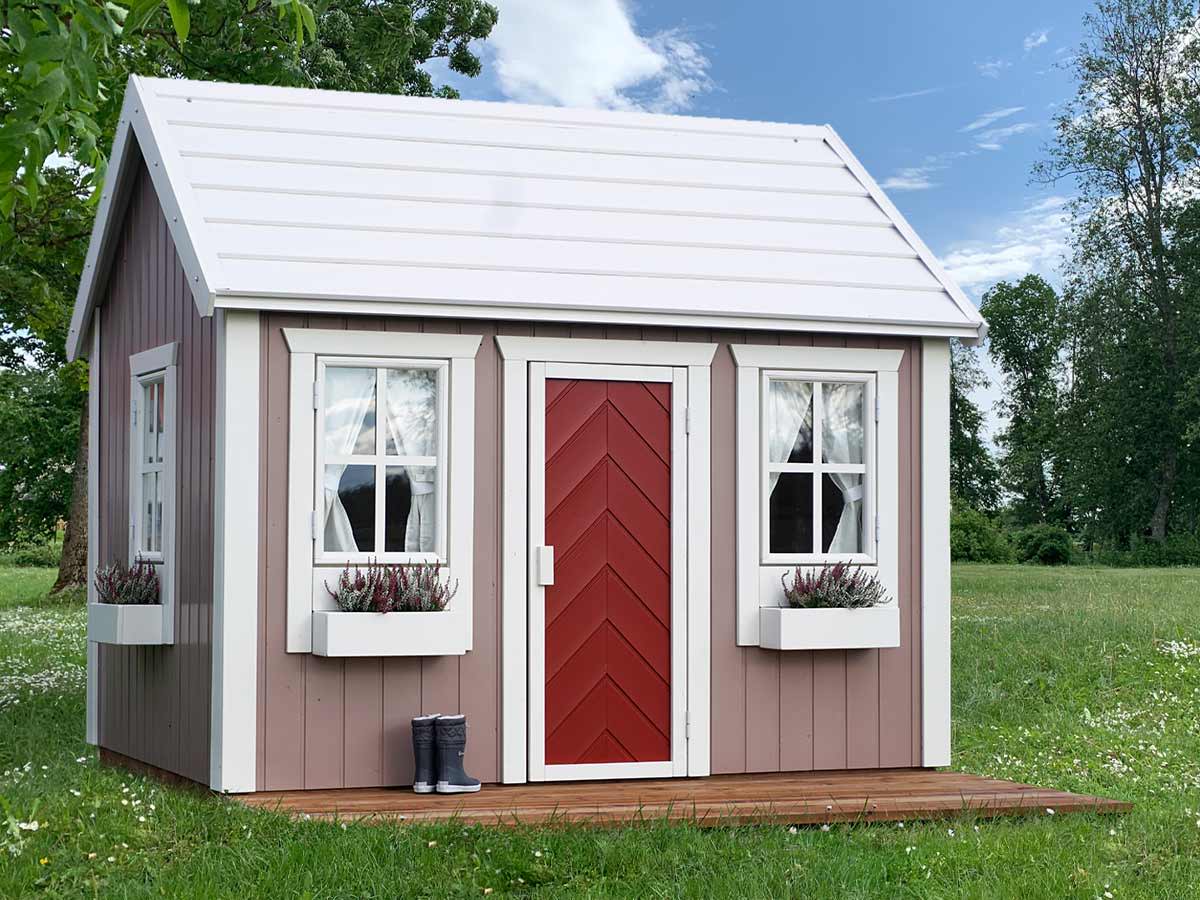 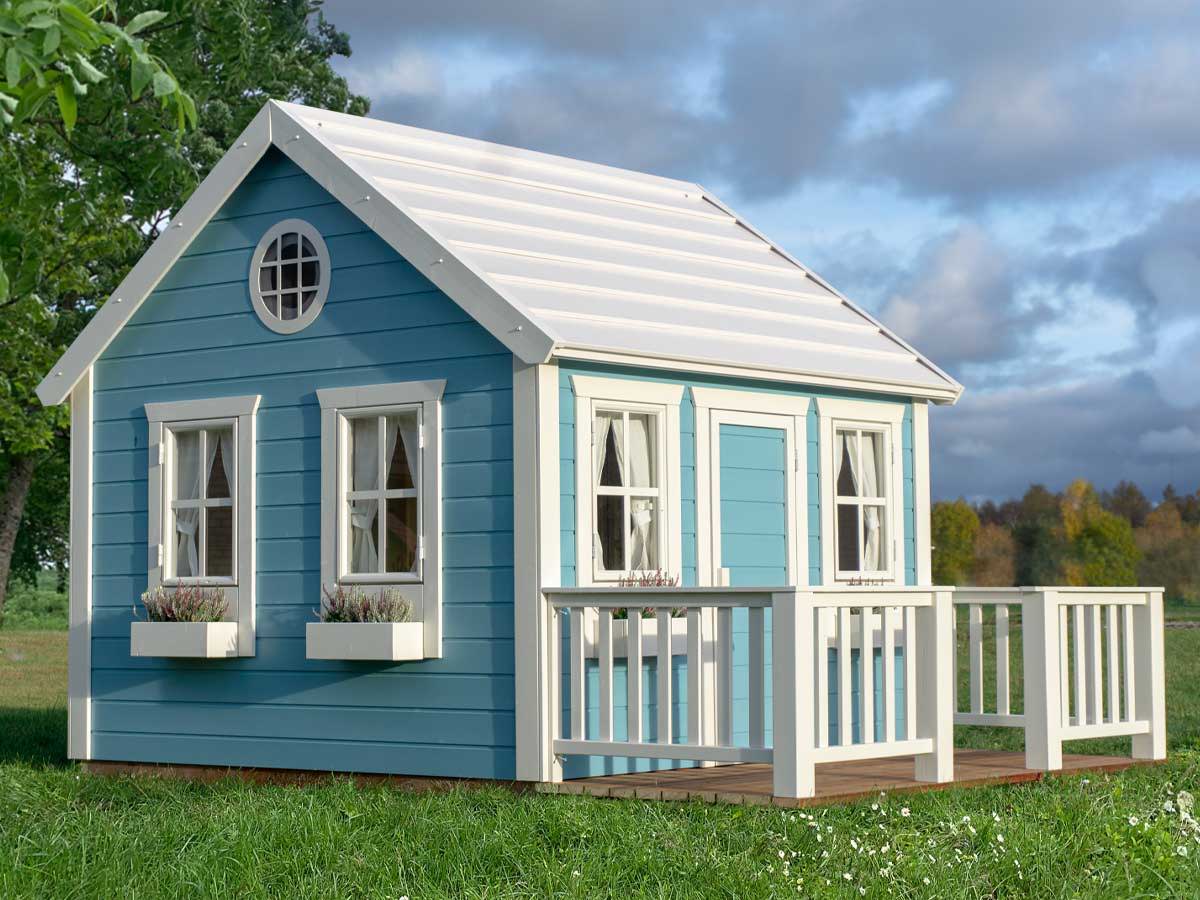 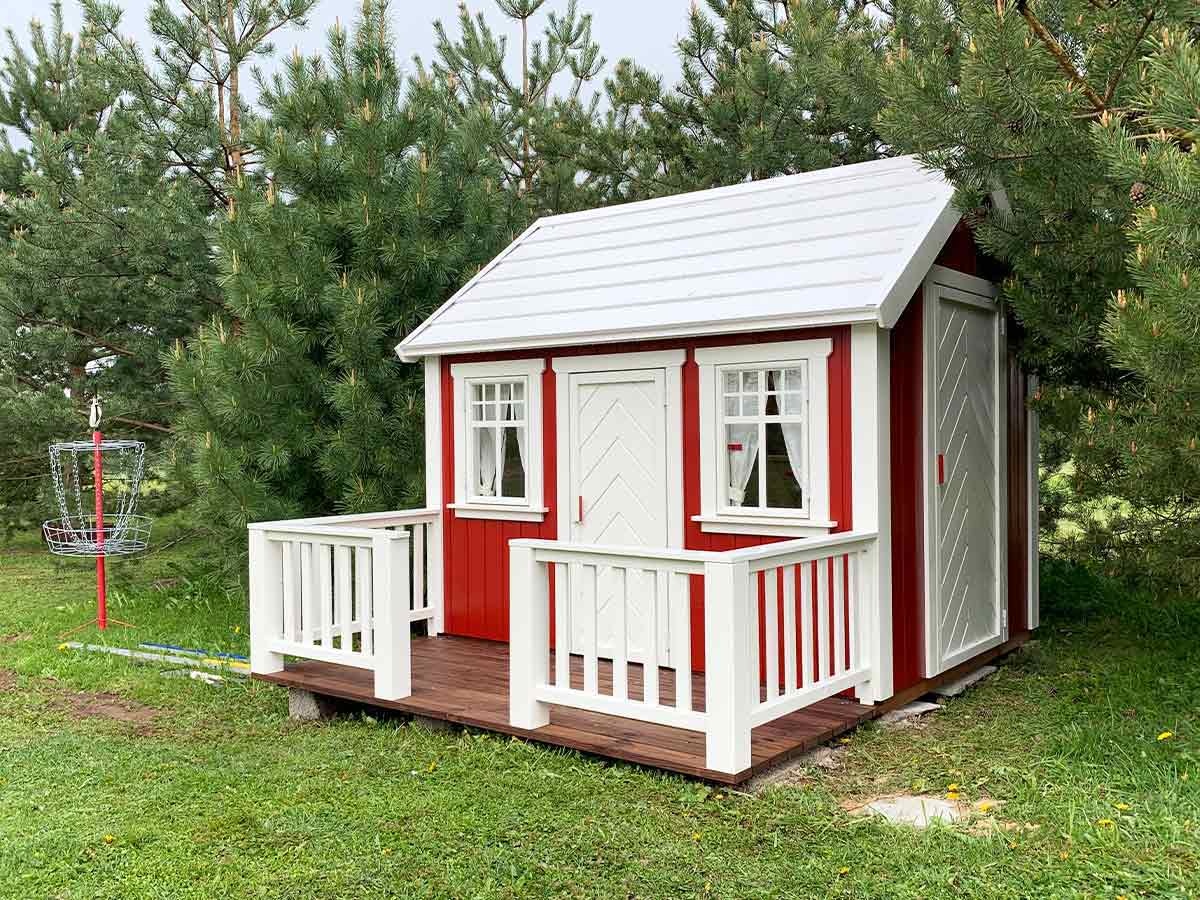